Saturday morning we went to a Primary Activity day all about bike safety. They had a local police man there talking about safety, helmets, laws, etc. They got to have some yummy snack and they got to go on a sweet bike obstacle course. Lacy loved it all!! Thanks Grandma for inviting us! 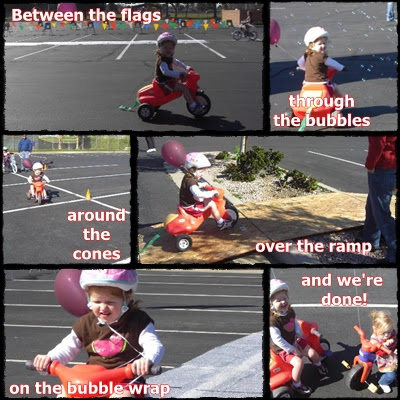 Shawn and Mark on a Bicycle Built for Two! :) They were goofing around while the kids were doing thier safety day! 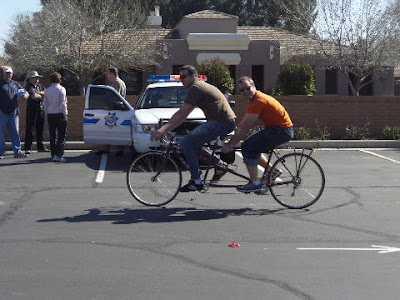 Hugo was happy to get all the attention and even though he was in his stroller most of the time, he was really happy and smiley! 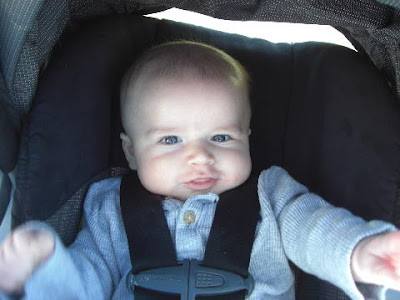 The police man had turned his car off but left his lights and siren on to show the kids, and his battery went dead. Good citizens Shawn and Mark came to the rescue and helped him get his car started again! (We thought it was really funny!) 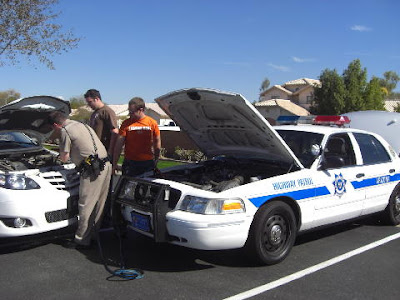 Even funnier was when Lacy climbed into the back of the police car while this was all going on. Thats a sight I never want to have to see again!! 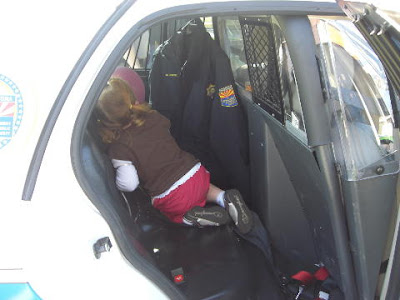 After the activity we went and got subway with Mark and Caroline and then went to Dale and Shelly's and played Rock Band! It was way super fun.. Shawn wouldn't know though, he spent the whole time in the other room talking to Shelly about her yard (I assume) he said the whole music thing isn't his cup of tea- he would have like it though :) 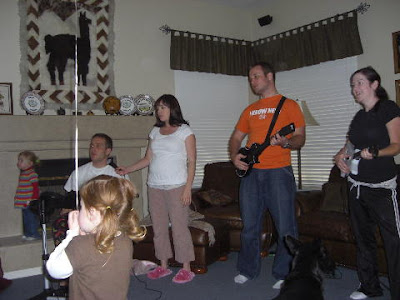 Then, as if we hadn't had enough this weekend, we went over to Patrick and Chaz's for awesome hamburgers and to play Wii. We had a bunch of fun, and Pat makes a mean hamburger!! Yum! 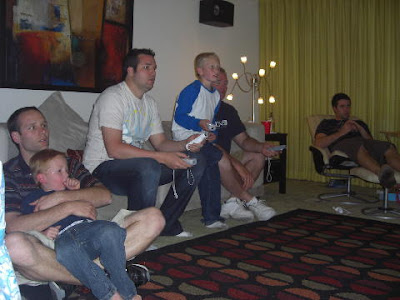 Lacy after all the craziness, in her cute hair turbon... she's adorable! 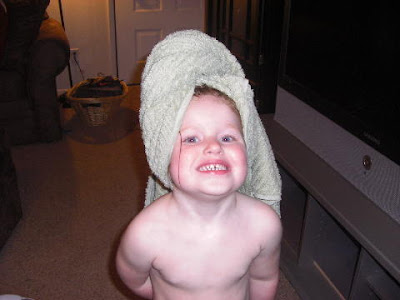 Sounds like a really fun day! I hope you never see Lacy in the back of a Cop car again too!! I'm jealous that you got to play rock band! We have guitar hero, and we love it...but we haven't got to try rock band yet. Looks fun!

What a fun day! What is Rock Band. Is it a wii thing? sounds fun!
Lacy looks cute in the towel. Katie loves it when she gets her hair wrapped up like Mommy's!

oh...your Pictures with Lacy and the bike look so good!

Wow Hugo is getting so big now! That is soooo funny that Lacy just climbed into the back of the police car. Definitely don't want to see that again! Haha too funny.

Hi Jenny!
I found your blog through Deannas...you guys have such a cute family. That is a cute idea for a primary activity. Are you in the same ward as your in-laws?
Anyway, just thought I would say hi...your blog is cute!
Kyle

That is so funny that Lacy felt so comfortable in the Police Car!
I wish that my Ward was more like yours!! What a good idea!! I am sure that Lacy smoked everyone, she is so fast!

Hearts to Live By